Last Sunday I had cake for breakfast… 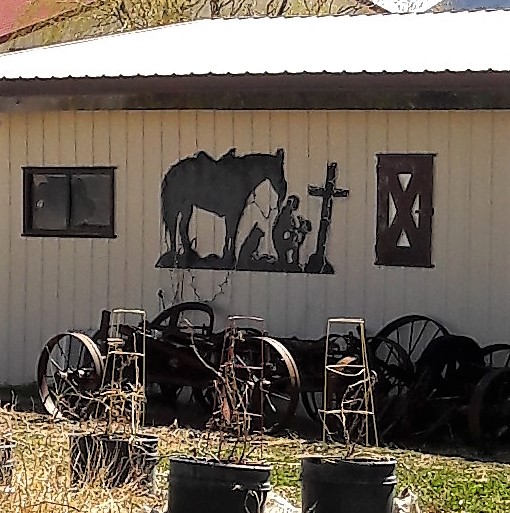 After the plate was empty it hit me….
I needed to walk of some of those calories!
I saw so many things that I usually miss in a vehicle.

First and for most I would like to thank you all for the welcome you have extended to me in your town. I know that having actually grown up in Denver the preferred method of travel is either car, bus and even the occasional taxi. But before I was introduced to the world of travel I was born in a small town in South Dakota, Letcher is the name and from which I have gathered various customs of a small town. Letcher has a pop. of just over 200. I spent time there and first experienced the wave.
I want to explain. I first thought it comical and would wave frantically to every one I came across. My family, Grandparents, Aunts, Uncles and long-suffering cousins, soon came to me with the following explanation. When you come across anyone in the lanes and streets you raise a hand. Waving is a privilege only accorded to acquaintances. Many of whom felt affronted by my waving. I guess it is a step that was not accorded to me – a stranger. Even though I had relations in the town and could wave at them, the hand raised wave is an acceptable  gesture of acknowledgement of one human being to another.
So I would like to explain to any and all who have seen me. I am the old and stout (Yes, stout let us stick with that!) walker that you may have seen on my way to the store or church (OOPS note to self – go to church on Sunday!)  Some of the younger drivers and walkers seem to think that I am a bit odd. Which is OK – I thought people of my age were odd when I was younger. For the rest I hope you will take the wave as offered, as one person to another, acknowledging only that. I hope it gives you a smile.
What the walker sees: