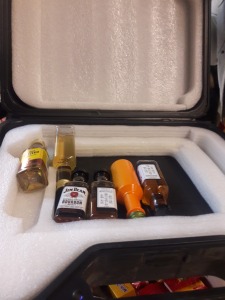 Have you ever noticed that what ever first attracts you to someone is what you can’t stand after a while?

They are so outgoing becomes They wants to go out with their friends EVERY night!

Sense of humor becomes They are always goofing off. They don’t take anything seriously!

He treat me like a princess. Becomes he is smothering me. I can’t do anything with out him there!

These are some examples. But the point is things that are annoying can also become less so with time.

When we were younger taking a nap was punishment. Doing chores was something to be lamented LOUDLY while getting them done. Spending “Time Out” by ourselves with no one to talk to was the worst of punishments. All alone with only time to think about the action that landed you in such a lonely place.

Yesterday after getting my bedroom clean, how about just cleaner than it was. One of the final touches was putting clean sheets on the bed. I am old so wrestling the mattress, sheets and blankets was really a work out. I had to crawl onto the bed to get this accomplished. The clean sheets were on the bed and the blankets were once again in place. I tossed up a pillow, I guess I was stronger than I thought. The damn thing hit the cat’s water bowl and spilled it all over my nicely made bed!!

The tantrum I threw was more suited to a toddler then a full grown (and then some!) adult. The air was turned blue with words that I didn’t even know that I knew! Some of them I am sure would have made a sailor blush! I kicked the bed and flung the offensive water bowl across the room.

This is when I remembered when my son would throw a tantrum I would send him to his room. I decided that in order to straighten up MY attitude I  needed a time out. After locking the door and making sure the cat came out from under the bed. I gave my self a time out.

I turned on the television, opened up the internet on my phone and sat back and waited for my attitude to change! After several rounds of Gin Rummy, talking to my brother on the phone and watching NCIS (Mark Harmon!! Hubba Hubba!!) The water was dried, no I didn’t change the sheets but strategic use of towels and the hair dryer it was much drier!

It is good to be the adult!