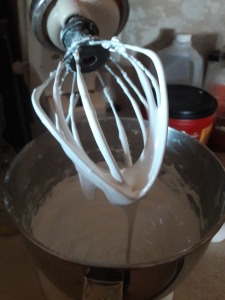 Once again I sit in my smoke-filled residence. Mom and Dad had a rather touching tradition of making candy and some banana bread etc. for the neighbors. Thinking that I would TRY to carry it on with the “Santa Clause” at the volunteer fire department in Kirk. I tried some divinity…. managed to put too much water in it. I know that you are not supposed to make it if it is cloudy, but today it is as clear as a bell. I still managed to mess it up. The fudge just doesn’t taste right. The only thing that actually came out fairly decently is the “Snowman POOP!”. First I think I will change the name to Christmas Cheer(ios) because it is made with Cheerios. Cute right? Seems that ideas I got. cooking talent, not so much. Actually NONE!! 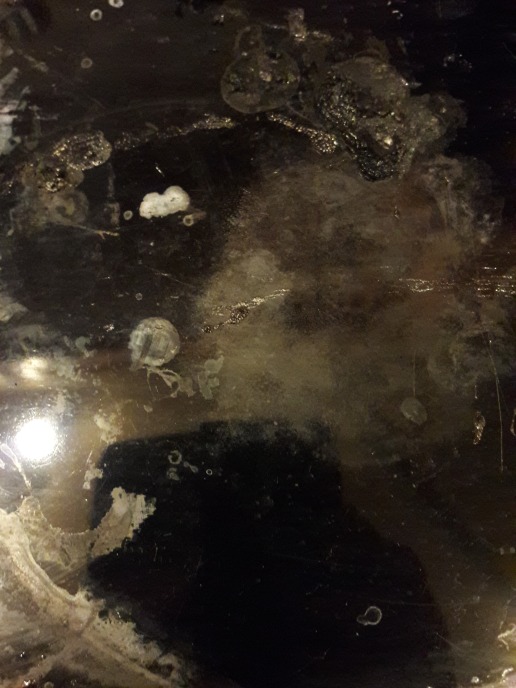 OK, the source of my smoke was from the peanut brittle when I tried to move the pot off of the burner, some of the nuts and stuff got on the burner. So I have a hot pan in one hand the pan that it is going into on my other, so the smoke just had to take a number! Trying to scrape them off the burner I have to wait until the burner cools. Yes, that is my story and I am sticking to it!!

I remember Mom’s divinity looking and tasting like little white clouds with a walnut placed front and center. MY divinity looks like a maniacal put-put golf course and tastes more like elastic toffee!

I don’t even remember what I did with the fudge… probably best it stay LOST!!

The one thing I actually have to say I like is the Snowman poop.

OK I have never had this before, never even knew about it. So I am going with the “I did a great job!” thing here because my ego really couldn’t take another fail today!!

No one has mentioned the smoke yet. Does that mean they are getting use to it?? OK, well Harvey just came from outside and said it looked a little hazy in here. No mention of fire AND he seems to have found the fudge. It is still “Gooy” so I think I will wait until tomorrow to be the ANTI – Martha Stewart!!

OK, went digging in the kitchen found the fudge in the fridge. Not sure how it got there at this point I could have put it in there and forgotten about it

OK, I am not sure why but the fudge still feels rather mushy. I am wondering if it could be because I used a deeper pan than normal? Or it is just another one of my Epic Fails?

OK, so let us tally the kitchen scoreboard for today:

I am going with the glass half full…. 50% seems to be the total of today.  Nothing killed anybody! The smoke is clearing and the fudge has been found. The rest will wait till tomorrow.

How about I remelt the fudge and pour it over the poop?? NAW, just the mental picture of that would send me screaming! And these kids would never sing “Frosty the Snowman”! the same again!!