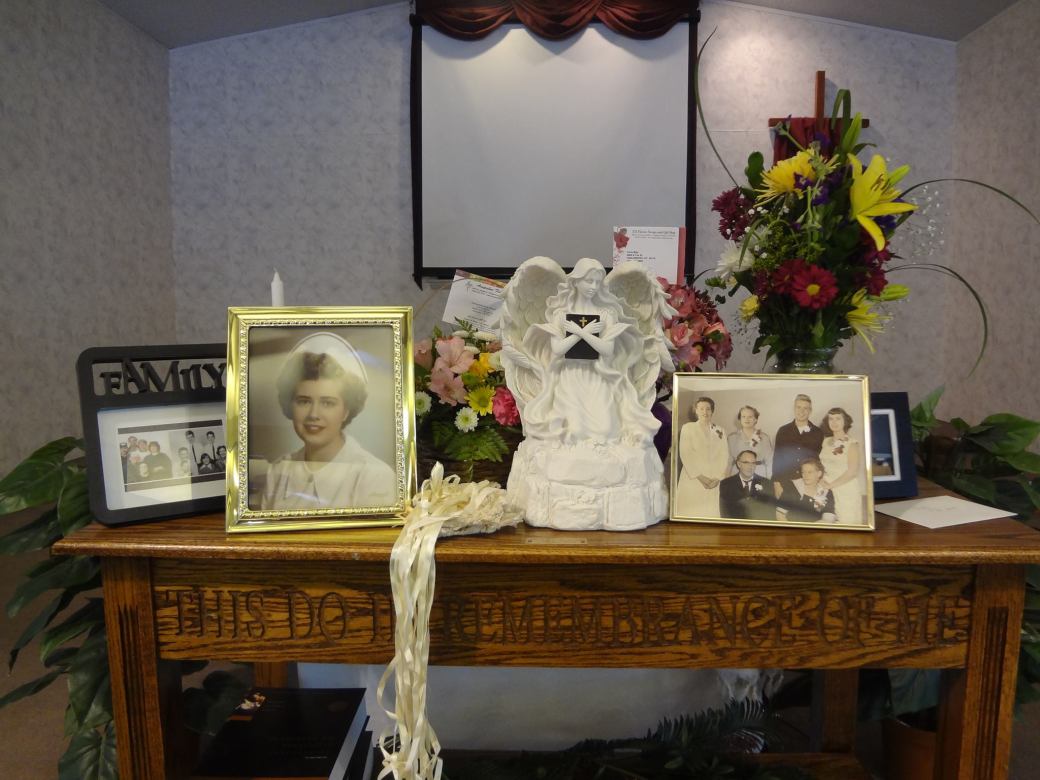 I remember back in the 60’s I was in school and we were learning our states. We all got to put a flag in the state where we were born. When I put my flag in South Dakota with all of the pride a 3rd grader could muster, I remember one of my classmates asked me if I had ever seen any indians or cowboys. And if I could ride a horse.  I didn’t know at the time that South Dakota was supposed to be the “Wild West” of many a school boys dreams.

The South Dakota I knew was family. Not just a state on a map. We would go back for family reunions, holidays and sometimes for Grandparents health issues. We always knew that Aunt Edith and Uncle Donnie were here waiting for us. I remember Aunt Edith decorating and taking care of the cemetery on decoration day (Memorial Day). Summer softball games, family reunions that had more people than I could learn the names of but it seemed that we were related to half the state of South Dakota!

The memories I have of my youth there were highlighted by Grandpa tried to teach me to drive a tractor – It was a good thing that I was on his lap or Aunt Edith would have needed a new chicken coop. The lesson learned back then carried forward to my adult driving – so watch out! I also remember when Uncle Donnie had to come out to the field where my cousins had left me after throwing corn cobs to the pigs – I was to pudgy and slow to climb out of the wagon and get to the house before the pigs surrounded the wagon. I think that was when I became really fond of BACON! Other fond memories were of Uncle Donnie’s horses – OK they were Shetland ponies but I thought they were HUGE horses. If I ever get to make maple bars like Aunt Edith I can die a happy person. My parents never reached their diamond anniversary but I know that they would have loved to celebrate with Aunt Edith and Uncle Donnie.

There was some childish rivalry with cousins – they called us city slickers. But they were always willing to show us the country life. For the first time I knew what true darkness was. Standing in the farmyard with the huge light pole you couldn’t see another light, and the air was different. It had a kind of fresh but stinky smell, especially after a rain. My Dad said that “stinky” smell was a like money smell.

Our family got pretty scattered across the country, so having Uncle Donnie and Aunt Edith close to  Grandma and Grandpa Moe made my Dad feel better about being so far away. Even after Grandma Stella and Grandpa Elmer passed, they made sure we still had a tie to South Dakota. Even when finances and later health issues cut the visits to fewer than any of us wanted, Uncle Donnie and Dad made sure that they talked quite a bit on the phone. The conversations didn’t have to be long and drawn out, just enough to remind both families that we were still here for each other. When Dad’s health became so bad they came to Colorado and offered support and prayers along with the rest of us and when the end came so quickly, it was Uncle Donnie who got the paper work so that we could get Dad buried at Fort Logan, a military cemetery in Colorado. I was very sad that when Mom passed they were dealing with health issues of their own and were unable to come to the funeral – but they still made sure that we knew that they were with us in spirit.

When Uncle Donnie took up arms instead of finishing High School he allowed my Dad, Ronald A Moe, to finish school and when he did enlist he was sent to Fitz Simmons hospital in Colorado. Where he met my Mom and got married so I guess in a way Uncle Donnie is responsible for us being born!! Thank you Uncle Donnie not only for your service to our country but for, well, for US!!

I know that Uncle Donnie and Aunt Edith are the foundation for a wonderful family. They are always in my memories of family. Always there making sure that we all knew that the family we left behind in South Dakota and the families that moved to Mississippi and the other states were still together in a bond that is beyond the physical – the bond is family.